Welcome to Global Journal of Physiotherapy and Rehabilitation

Copyright:This is an open-access article distributed under the terms of the Creative Commons Attribution License, which permits unrestricted use, distribution, and reproduction in any medium, provided the original author and source are credited. Copyright © 2019; Béla Hegedus

The most common psychological consequence is depression. Post-stroke depression may hinder rehabilitation and may exercise a negative effect on the course of the disease. In this study, changes were measured in joint function, activities of daily living (Functional Independence Measure and Barthel Index) and psychological state in our own patients.

Methodology: 30 clients who had suffered an ischaemic stroke and showed prevalent unilateral symptoms in the upper limbs were selected at random. Rehabilitation was started 10±3 days after the acute event. The following measurements were taken before and after rehabilitation: joint function (“global joint function” [%]), the functional independence measure (FIM), the Barthel Index, the Beck Depression Inventory (BDI) and the Mini-Mental State Examination (MMSE). Changes in individual parameters due to treatments (paired t-test; p<0.05) were studied as well as correlations between joint function, activities of daily living and psychological state (correlation analysis; p<0.05).

Conclusion: Based on our results, favourable changes in joint function and activities of daily living in the case of stroke rehabilitation are likely to have a positive effect on clients’ psychological state, thus improving their life changes.

Stroke is one of the most common causes of death and a major cause of chronic disability [1]. According to a German study, the direct cost per first-year survivor of ischaemic stroke was 18,517 euros [2]. Depression after stroke is common [3]. Effective treatments exist, but they are probably underutilized. Increased efforts should be made to utilize these methods effectively because they would not only be likely to improve patient symptoms, but also promote functional recovery, decrease mortality and reduce post-stroke health care utilization [4]. The various examination methods suggest that 25–40% of clients suffer from post-stroke depression, with half of them experiencing severe depression and the other half facing other depressive disorders [5-8]. Post-stroke depression may increase the risk of stroke and stroke mortality [9].

30 clients who had suffered an ischaemic stroke and showed prevalent unilateral symptoms in the upper limbs were selected at random (10 women, 20 men; average age: 62.66). Rehabilitation was started 10±3 days after the acute event.The following comorbidities were identified: high blood pressure (hypertension) (in 22 clients), hyperlipidaemia (in 20), diabetes mellitus (in 10), CHD (8) and hyperuricaemia (in 6).

In each case, the treatment consisted of 15 sessions involving physiotherapy (passive motion, guided active exercises, improving joint mobility, strength training and relearning to walk; 30 minutes), massage (brush massage and connective tissue massage; 30 minutes) and descending galvanic therapy (bipolar; 10 minutes). Clients were not given any antidepressants, and they received no psychotherapy. Several measurements were taken before and after rehabilitation. First, joint function (“global joint function” [%]) was measured. To express the functioning of the joint using a single parameter that best represents that functioning and at the same time can be used well in mathematical analysis, a so-called “global joint function” was developed. For every single joint and for all ranges of motion, the percentage of the maximum range of motion was calculated for the value currently being measured. These values were added up, the average calculated and that value obtained as a percentage. Other measures were also employed: functional independence measure (FIM),[10] the Barthel Index, [11,12] the Beck Depression Inventory (BDI) [13] and the Mini-Mental State Examination (MMSE) [14].

Changes in individual parameters due to the treatments (paired t-test; p<0.05) were studied as well as correlations between joint function, activities of daily living and psychological state (correlation analysis; p<0.05) [15]. Permission for this study was granted by the Institute’s Research Ethics Committee.

Because of the rehabilitation program: 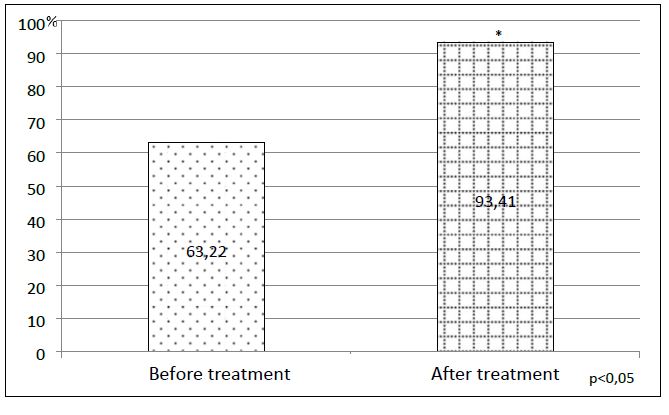 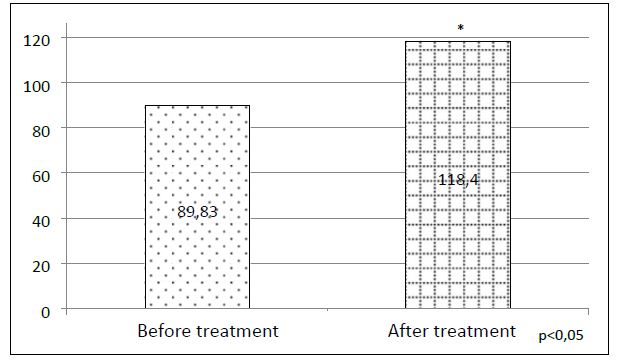 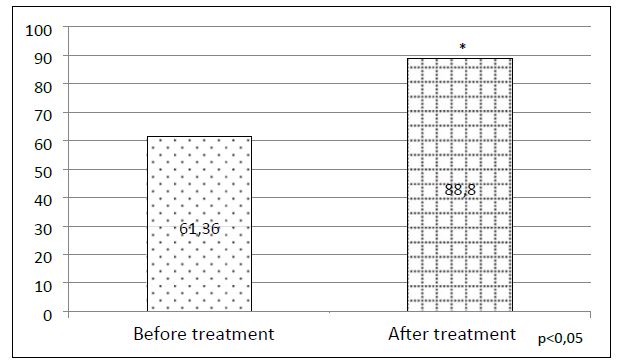 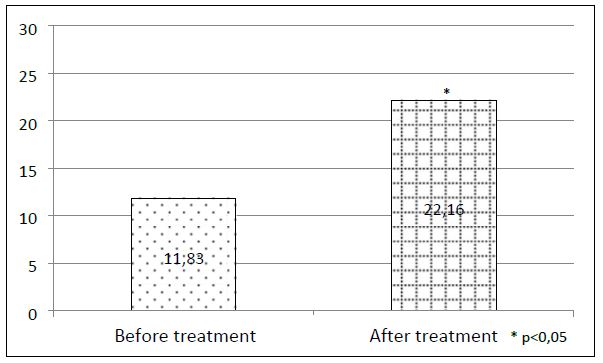 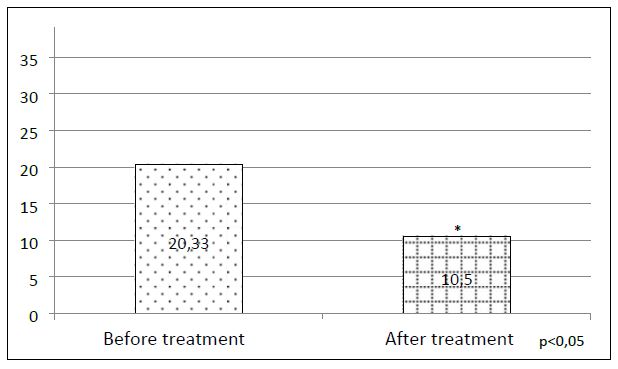 Post-stroke depression can be caused by sudden disability, severe neurological symptoms and psychological reaction to unfavourable social changes affecting clients. Cerebral damage can affect areas of the brain that are directly connected to processes that cause depression [16]. After a cerebrovascular accident (stroke), clients’ status in the family, among friends, at work and in leisure-time activities may also deteriorate [17]. Returning to work after a stroke is also considered an important policy and welfare issue [18-19]. Post-stroke depression may have a negative effect on activities of daily living (ADL) [20] as well as on rehabilitation outcomes [21]. In an article published in 2011, the authors compared various ADL tests used in stroke rehabilitation [22]. Mansur et al. found that rehabilitation interventions may reduce disability after stroke, thus possibly improving mood [23].

Based on our results, it is believed that favourable changes in joint function and activities of daily living are likely to have a positive effect on clients’ psychological state, reducing the risk of post-stroke depression and limiting its severity. However, post-stroke depression should not be taken lightly or considered a natural phenomenon. If clients do experience post-stroke depression, it needs to be treated with antidepressants and psychotherapy, as this improves their life chances.