Copyright: This is an open-access article distributed under the terms of the Creative Commons Attribution License, which permits unrestricted use, distribution, and reproduction in any medium, provided the original author and source are credited. Copyright © 2022; Sami Bouchenafa

A 55-year-old woman presented recently with dyspnea. The clinical examination was normal. Enlargement of the mediastinum with cardiomegaly was noted on the chest x-ray. Echocardiography showed the existence of 3 giant cardiac cysts which compressed the heart whose cavities are barely visible. A thoracic scanner revealed a giant hydatid cyst measuring 11 cm between the sternum and the right atrium. Another giant hydatid cyst, measuring 10 cm, was posterior and inferior behind the right inferior pulmonary vein and extended towards the right pleura. A 3rd giant hydatid cyst, measuring 10 cm, appeared to penetrate the wall of the left ventricle. The surgery was performed under femoral cardiopulmonary bypass, which involved opening of the 3 cysts after aortic clamping and resecting the multiple cysts of different sizes and more than 40 vesicles and debris. The patient left the hospital 10 days after undergoing surgery and Albendazole treatment. An isolated cardiac hydatid cyst is rare, of incidental discovery or after cardiac signs of complications when it is of a giant size and/or multiple cysts are present.

A 55-year-old woman presented with dyspnea for one month. Physical examination was normal. Electrocardiography showed a negative T wave in leads D II, D III and AVF (Figure 1). The frontal chest x-ray showed an enlargement of the mediastinum and moderate cardiomegaly (Figure 2). 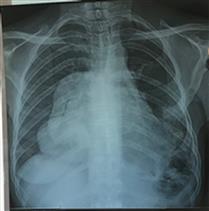 Figure 03: Multiple Cysts in the TTE 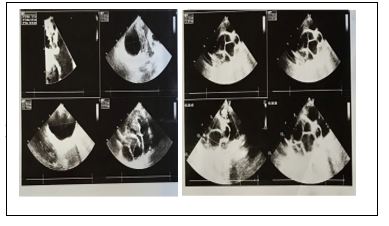 Figure 3: The ventricular function was conserved. 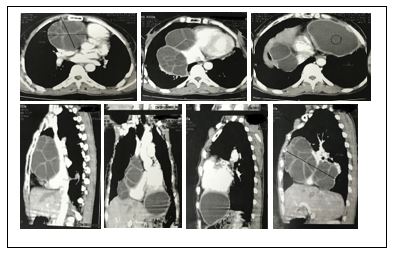 Figure 4: A third giant HC of approximately 10 cm, was on the wall of the LV, whose borders with the myocardium were not clearly defined.

Surgically, the patient was placed on femoro-femoral CPB. The large retrosternal HC in the 2nd right intercostal space was evacuated through a ponction before a vertical median sternotomy. We first found a giant extra-pericardial HC filled with multiple cysts of different sizes, as well as 40 daughter vesicles and debris. After aortic clamping and cardioplegia, resection of the 2nd giant HC with multiples daughter cysts between the inferior vena cava and the right lung was performed. Lastly, a 3rd giant HC in the wall of the LV was resected. (Figure 05). The patient left the hospital after 10 days in good condition while still receiving Albendazole as continued medical treatment.

Human hydatidosis occurs as a result of infection with the larvae of Echinococcus granulosus. Dogs and other carnivores are the primary hosts with sheep being the intermediate host and humans the accidental host. People become infected by ingesting food contaminated by dog feces containing the ova of the parasite. These eggs penetrate the intestine and enter the portal circulation. Most of them are filtered by the liver or lungs, but some escape into the systemic circulation and infect other organs, including the heart. The most common sites of hydatid cysts are the liver (50-70% of cases), lungs (5-30%), muscles (5%), bones (3%), kidneys (2%), spleen (1%) ) and brain (1%)[1, 4]. Cardiac HC is a rare disease, with a prevalence of (0.5% - 2%)[2, 4]. In 50% of cardiac HC there is another associated localization [3]. The distribution of echinococcosis in the heart depends on the blood supply to that part of the heart. The coronary circulation is the main pathway by which the larvae reach the heart [5]. Cardiac involvement through the pulmonary veins has also been reported. Due to the rich coronary vascularity, the left ventricular wall is the most common cardiac location (60%), followed by the right ventricle (10%), pericardium (7%), left atrium (6-8%), right atrium (3-4%)[4], and the interventricular septum (4%) [3,4,6]. Cardiac HCs can be asymptomatic for a long time, or be discovered after serious or even fatal complications.

The most serious complication is the rupture of the cyst which can lead to sudden death [7], cardiac tamponade, anaphylactic shock, pulmonary or systemic embolism. Complicating signs and symptoms can include chest pain, valve dysfunction, and exceptionally arrhythmias [8]. In endemic areas, lesions suspected of being CHC should be treated promptly to avoid complications [9]. For diagnosis, suspicion is high in endemic areas. The most important exploration, which is easy to perform, non-invasive, and highly sensitive is echocardiography[10]. ELISA is one of the most specific serological tests. A positive result confirms the diagnosis[11]; however; false negative results are possible[12]. CT or MRI shows the anatomical extent and position of the HC and its relationship to the chambers of the heart[5, 13]. In our case, a thoracic CT investigated the presence of mediastinal enlargement foundon a standard x-ray (Figure 02), which showed multiple giant HCs (Figure 04).

Surgery is the preferred treatment [14], which should not be delayed. The medical treatment does not offer a guarantee against the rupture of the cyst and its life-threatening complications. The Guidelines for the management of hepatic HC indicates that surgery should be combined with medical treatment (Albendazole), which allows preoperative sterilization of the cyst; and therefore, a reduction in the risk of intraoperative spread. Some authors have suggested that postoperative treatment with Albendazole also reduces recurrence[5,15]. In our case, the surgery was performed while on femoro-femoral CPB because the giant retro-sternal HC did not allow access to the aorta and the right atrium. After the resection of this HC, the aorta was clamped and the resection of the other 2 giant HCs was performed with the use of cardioplegia, in anticipation for myocardial repair. An adjuvant treatment for 4 months on Albendazole was initiated when resection of the protruding dome of the HC was performed.

Cardiac HC is a very rare disease, mainly affecting the LV. Patients may be asymptomatic or symptomatic with very serious complications. The diagnosis is suspected in endemic areas. Echocardiography is very useful in diagnosis, as is MRI or CT. Surgery is the main treatment, which should be performed as quickly as possible to avoid complications. Medical treatment with Albendazole can aid in improving the overall outcome.