Copyright: This is an open-access article distributed under the terms of the Creative Commons Attribution License, which permits unrestricted use, distribution, and reproduction in any medium, provided the original author and source are credited. Copyright © 2022; Shakuntala Chhabra

Background: Worldwide hypertensive disorders of pregnancy (HDsP) continue to be leading causes of maternal, perinatal severe morbidity mortality, long term disabilities. Prevention of HDsP, their severity through high dose calcium supplementation is being suggested. However, whether calcium really helps is still not established. So, research continues.

Objectives: Present study was carried out to know the efficacy of high dose daily calcium from midpregnancy on reduction in occurrence of HDsP, their severity and perinatal outcome.

Worldwide hypertensive disorders of pregnancy (HDsP) continue to be the leading causes of maternal and perinatal severe morbidity and mortality, and long-term disabilities. Over all 7-10% incidence of HDsP, amongst antenatal admissions has been reported in India [1]. Some researchers reported that HDsP were responsible for around 7% of maternal deaths [2]. Khan et al [3] reported 16% of annual global maternal mortality due to HDsP. WHO [4] reported that the incidence of preeclampsia was seven times higher in developing countries and the risk of a woman dying of preeclampsia/eclampsia was 300 times higher than that of a woman in a high-income country [5] so attempts at prevention of HDsP and their severity continue. Over the years researchers have suggested that calcium may be playing a major role in the etiology of HDsP. Some studies have revealed changes in blood/ urinary calcium in women with HDsP [6]. However, others reported that it was intracellular calcium which made the difference [7]. Hofmeyr et al [8] reported impairment of calcium metabolism with low circulating vitamin D linked to the risk of HDsP. Prevention of HDsP and their severity through high dose calcium supplementation is being suggested. However, whether calcium really helps is still not established. So, research continues.

Present study was carried out to know the efficacy of high dose daily calcium from midpregnancy on reduction in occurrence of HDsP, their severity and perinatal outcome.

The study was carried out in Obstetrics Gynecology of Mahatma Gandhi Institute of Medical Sciences, Sevagram, Wardha, Maharashtra, India, after approval of the ethics’ committee of the institute and informed consent of the women. Study cases were women of 18- 39 years of age (Plan was for 15 to 45 yrs but no one was below 18 and no one above 39 yrs) with 20 +2 weeks pregnancy with no obvious medical disorders in the mother and no anomalies in the fetus on ultrasonography at the time of entry to the study. Study subjects as per criteria were recruited from the regular antenatal clinic of obstetrics gynecology as per inclusion and exclusion criteria. Keeping in mind the drop outs at various stages, and noncompliance 1500 women were registered for 1200 study subjects needed (600 cases and 600 controls), 750 each for study and controls. (Flow chart 1) Considering these values, sample size was calculated by the sample size formula considering the minimal allowable error of 20%. The desired information was collected with the help of pretested tool. The study subjects were randomly divided into two arms. One was given high dose calcium oral 2 gms daily in divided doses from 20+2 weeks of pregnancy onwards till delivery and a week postpartum, study S group. Equal number of women of the similar duration of pregnancy with similar inclusion and exclusion criteria were enrolled as controls, C group. High dose calcium was not given to controls. The controls as well as study cases continued to get their regular care and took whatever supplements they were advised by their clinicians, and were not deprived of anything they were getting or would have got. Whatever was happening was happening to controls as well as study cases. Only difference was high dose calcium given to study cases. Over all similar patients from antenatal clinic were included who had similar food too. Serum calcium was not measured because of problems of funds and also mission was to use research findings as translational research as hypothesis was high dose calcium should reduce occurrence of HDsP and or reduce severity and perinantal improve perinantal outcome. Though it was not a blinded study as Group S women knew that they were getting calcium, but the system of care of pregnant women did not allow bias in results. Research assistant was not part of the service providing team. Regular service providers did not know which women were getting high dose calcium as it was not part of the regular records made. The research assistant recorded details of happenings of pregnancy, birth and post birth on everyday basis. Information of pregnancy outcome, complications during pregnancy, birth weight and neonatal outcome, including admission of the baby to neonatal intensive care unit (NICU) was collected by research assistant. Over all of 1500 cases included, 750 in study and 750 controls, Information collection was stopped when both arms, Study as well as Controls had 600 delivered women each, the sample size needed. In between there were drop outs, but were not considered as nearly 25% extra cases were recruited as per inclusion and exclusion criteria. Compliance to calcium tablets in study subjects was checked. Analysis was done by chi square test and p value was calculated.

Amongst controls also 4 (0.66%) women developed severe sicknesses, in controls 2 were primigravida and 2 multigravidas. 3 between 20-29 years and one was between 30-39 years, but none was out of 44 women who develop HDsP (P value 0.364). There was no maternal death, neither in study nor controls. Perinatal deaths were significantly more amongst HDsP cases of study group (8.8%) than amongst HDsP cases of control group (2.27%) (P value0.046). 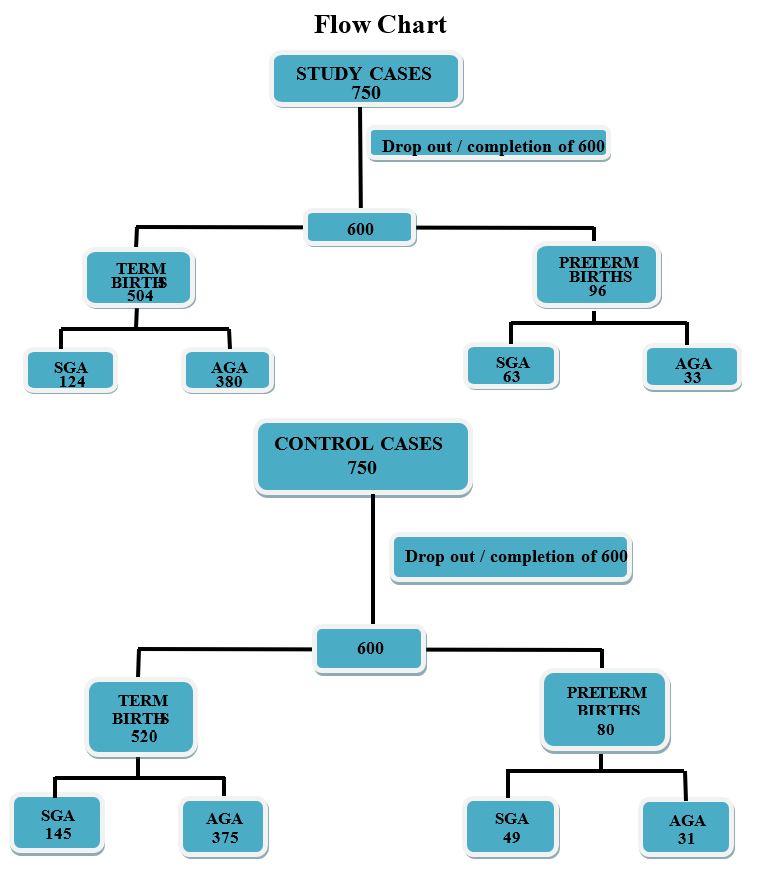 We are grateful to the University of HealthSciences, Assam India specially Ex.Vice Chancellor, Dr. Sarma for the financial support for the study. Thanks, are also due to Dr. Naina Kumar, Dr. Manjari and Research assistant for whatever help they could provide in initiation of the study.

6. Calcium Supplements May Damage the Heart.